My early experiences while navigating through the tech world 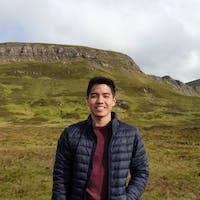 The First Couple of Months

My first couple of months at my new work place was pretty rough for me to say the least, not because of the work itself but majorly because of my own mindset. Let me expand on that a little bit here as I try to unpack this.

My main struggles during the first couple of weeks at work were mainly from the fact that I had never worked collaboratively before on a tech project. All the work I had done till then had been projects of my own, granted that I had used Git and Github to host these projects online. But clearly that was not even close to enabling me to be comfortable working with Git on collaborative work. I remember googling about Git nearly everyday for the first couple of weeks, trying to figure out which commands to use for specific use cases at work and bookmarking each one of them.

After work hours were hours where I would research on the topics that I had struggled at work during the day in hopes that I wouldn't have to on the following day. This wasn't entirely very healthy, but I really didn't mind it as much since I would've spent after hours on learning and tech projects in the past anyways. This time was different, this time my day job meant that I could spend my 8 hours working on tech related work and also after hours learning more on tech.

The struggles while trying to learn to work with new tools can easily cause doubt to seep in, making you think that you're incapable of completing the work that was given to you. But in actual fact, after looking back on it, a lot of my stresses and struggles stemmed from my unfamiliarity to the system and tools that we use and not entirely from my lack of knowledge on problem solving or thinking programmatically.

I only realised a great epiphany a couple of months transitioning into my new tech role that had changed my perspective on this. What was it? That even your senior/supervisor might not have the solution to your problem even if they had assigned you the work, and that's completely okay. All my previous work experiences were what you call hierarchical, and it's a very clear growth progression. A junior becomes a mid level and eventually becomes a senior followed by a lead. This also meant that, more often than not, a mid level person will be able to answer all your junior position queries, and a senior will be able to clear out any doubts from the mid level and so on. In tech roles especially regarding bugs that are found in your system, each one of them can be unique from each other and someone who is more seasoned than you may not have even encountered it as well. This is where the core skills of problem solving, thinking programmatically and debugging come in to play and are essential with dealing with each one of these new problems as they're bound to always be different from one another. Once I had changed my perspective on this, my outlook on facing difficulties at work had changed for the better as well.

About 9 months into my new role now, I am now leading a small team of developers and managing the development of one of the products of the company. Do I still have imposter syndrome from time to time and feel incapable of completing assigned work? Of course! However, I seem to be in a very different head space now and I am certain that given enough time, I will be able to figure it out. Do I still spend time outside work researching and learning? Definitely, not because I'm struggling but because I want to. It ain't much but it's honest work. That's all for now. Till the next one.